The Winter Camp 2016 Update was added in the 20th of December 2016; it's the third Christmas-themed update in the game, and is also the second "Winter Camp" update (after the first Winter Camp).

I don’t know if you like Christmas but as a little goblin, I think Christmas is awful! So I have decided to steal these Happy Holidays 2016! I want you to be prepared for this magnificent new version of Christmas I have created!

I am very proud of you having been the bad guy this year, so if you are as cool as I expect you to be, I will give away my beloved friend Classic Santa and you may also get the brand new Fireside Santa!

IS THIS NOT ENOUGH? PERFECT, I LOVE YOUR GREED! I also offer you - 2016 top event weapons, no more words needed. - born to dye pack, lots of skinned weapons plus the original ones! - The Magnificent 6, an army of 6 that counts like hundreds! - Werewolf Armor, nice uh?

But of course, this will not be easy, during this month I have prepared four awesome trials, one on each week! I want you busy! And also I have changed a little how the Battle Hulk works! Just for fun.

Enjoy your holidays… if you dare!

…eh! And by the way, I know you’re so excited about trying the new weapons and getting your beloved armors and skins… but remember I will be also available on the store! 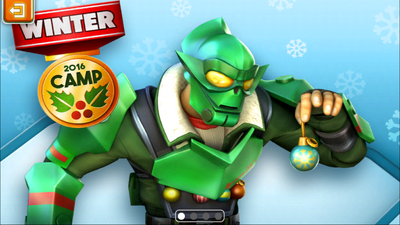 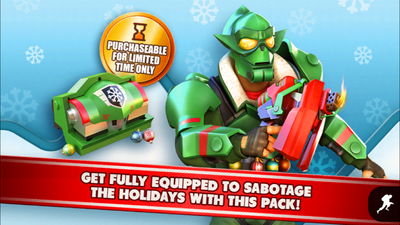 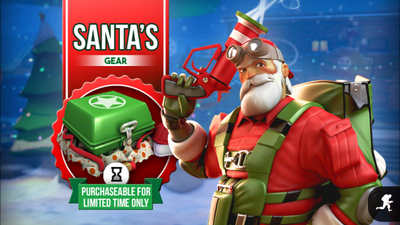 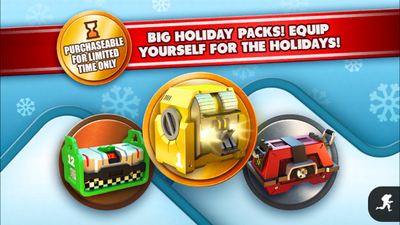 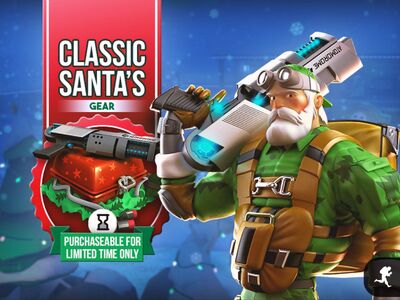 Retrieved from "https://respawnables.fandom.com/wiki/Winter_Camp_2016_Update?oldid=313077"
Community content is available under CC-BY-SA unless otherwise noted.