The map itself behaves similar to Sandtown as the area is obstructed with cars that provide complete protection against bullets but not so useful to shield explosives, it also consists of two buildings that can be entered (except for the clinic and the car) along with narrow streets and a construction yard that takes the player up to the highest possible vantage point which can be used for sniping. Most of the fighting will take place in the streets or near the construction yard. Explosive, long range and close range guns are popular. 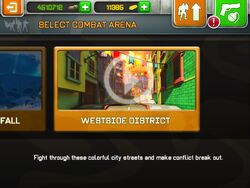 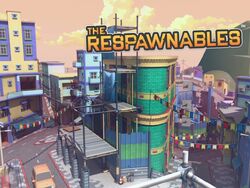 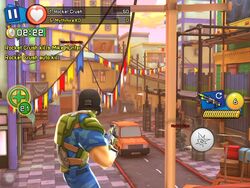 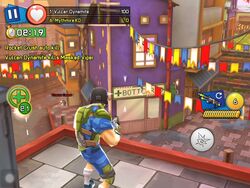 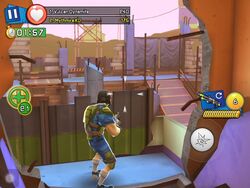 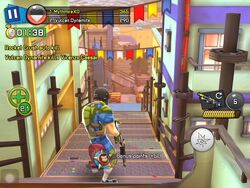 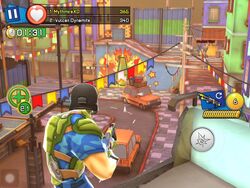 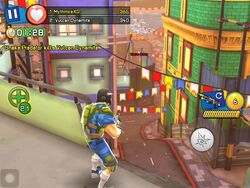 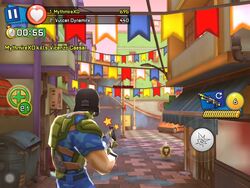 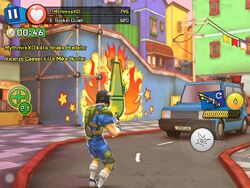 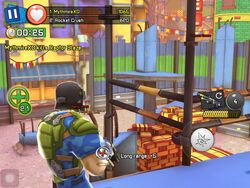 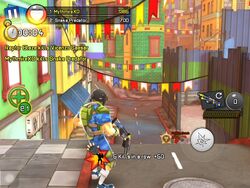 The stairs across the vents 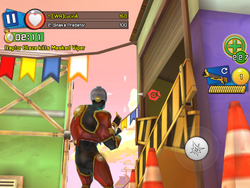 An AtomDrome symbol can be seen here!
Add a photo to this gallery
Retrieved from "https://respawnables.fandom.com/wiki/Westside_District?oldid=300017"
Community content is available under CC-BY-SA unless otherwise noted.