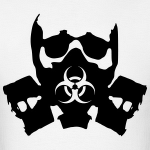 Hello <insert name here>! I am Whitebaz00, and thanks for visiting my profile! If you have any question, ask it on my message wall, I will answer as soon as possible, since I am connected very often.

I am Whitebaz00, and I play respawnables since a pretty long time now. I was first an IOS player, but unfortunately, my iPhone on which I was playing crashed. After that I bought an android device, so now I play on android servers only.

My in-game names are :

Other Facts About Me

And and always remember that YOU, <insert name here>, are the best ;)