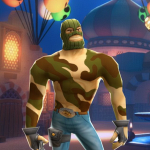 1,843 Edits since joining this wiki
August 30, 2015
819 Discussion posts
Hi! My name is Nobody and i play Respawnables since Elysium update, sadly I ve deleted my first account with a mistake. Im quite skilled player and I ussualy win fair gunfights but sometimes im terribly weak and everyone is killing me just because... because... BECAUSE I LIKE TO BE DEAD, OKAY?

Just wanted to boast that i have SAS

OMG i look awesome with this!

Im sure they are going to make a "three way"

Im not proud of killing these newbies. Damn ill die in hell :(
Add a photo to this gallery
Retrieved from "https://respawnables.fandom.com/wiki/User:Nobody4ever?oldid=157054"
Community content is available under CC-BY-SA unless otherwise noted.