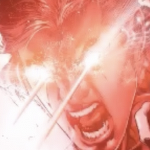 aka In-game name is LEFT4LAZY

Been playing the Respawnables since August of 2014, only two weeks before the first Road to Glory Event. Ever since then I've been in love with the game and it's game play, no matter how far Respawnables goes off into the deep end I'll be honest to say I'd still be there every now and then. I play on U.S. East servers, and I'am IOS in-game name is, you guessed it! LEFT4LAZY. It was during Summer Camp 2 that I came to this wiki to learn more about the heavy shatter, and sure enough I did, and since then the visits were enjoyable; I've been coming back to this website because it was a reliable source of almost all bundle knowledge, sadly in 2019 and present it's current state is underwhelming, with many sales prices unverified, and many bundles missing or "Under Construction", it hurt to see so now I come here as source of revival. Although I have much to learn, I do hope to update what I can with no harm.

Retrieved from "https://respawnables.fandom.com/wiki/User:LEFT4LAZY?oldid=322185"
Community content is available under CC-BY-SA unless otherwise noted.