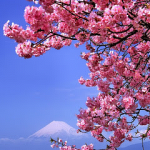 Hello! Welcome to my profile!

First of all, my name is NOT Eve, it's just a fancy name for my character in Respawnables. I started playing this game a few days after it was released in my country (around late-December 2012) and I really enjoyed it. When it first came out, my brother jailbroke my phone and hacked the game. So I had some fun with it but it started to get really boring (I never even touched multiplayer because I'm a scaredy-cat) so I made a new account. I quit the game for a few months because there were no new stuff being added. My current account is named Doctor Eve and I am level 50. If you see me in-game I'd probably be wearing the Santa's Beard.

New stuff is coming soon, I'm new to this wiki so do not expect some good pictures.

Retrieved from "https://respawnables.fandom.com/wiki/User:Doctor_Eve?oldid=228032"
Community content is available under CC-BY-SA unless otherwise noted.