Ninja Path is a new Event released on 18th December 2014. The event added a new bundle: the exclusive Cyber Ninja Gear. Two new weapons are available: the Dual Energy Pistols and the Fire Fist. New Anti Material Sniper and the Winter Ghost Rifle skins (along with the weapons themselves) are available as tier prizes by collecting Ninja Points. It is the first event to introduce these new elements into the game.

"You'll gain points by killing enemies and lose them by getting killed. The more points you rack up during a battle, the higher your ninja rank will be at the end of that match. Be careful, the rank difference between you and your enemies determines the amount of points you win or lose per kill."

At the end of the match, your earned ninja points will be added to your cumulative points. You can get a maximum of 1500 points in a game, however when you finish the game with maximum points, you will get double score, so 3000 in total. You will start the next match with the same ninja score you got in the last game.

You can prevent this by buying Rank Insurance. Rank Insurance is a new booster, available for real money. You can buy 1 day, 3 days and 7 days insurance. This option appears to be available on Android devices only.

Killing an enemy will award you with ninja points:

Bonus scores can be achieved:

Getting killed by an enemy will penalize your ninja points:

After Tier 14 is completed, you'll get 1

every time you finish the match with max rank, i.e. full ninja stars. 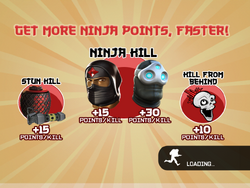 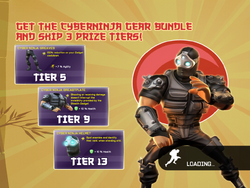 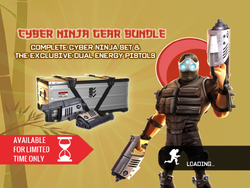 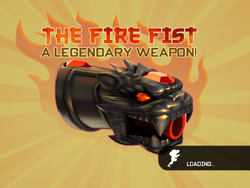 Retrieved from "https://respawnables.fandom.com/wiki/Ninja_Path?oldid=303015"
Community content is available under CC-BY-SA unless otherwise noted.