Start a Wiki
The Mexican Fiesta is an event released as part of the Mexican Fiesta (Update) on 10 September, 2015. It involves completing tasks with special MX weapons and MX gear to complete the tiers. It has a total of 15 tiers in all. 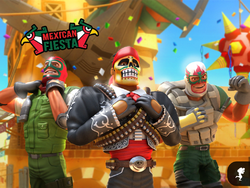 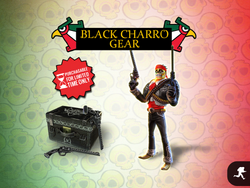 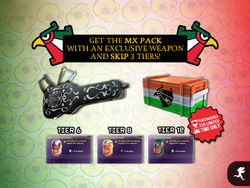 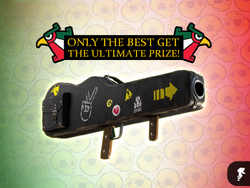 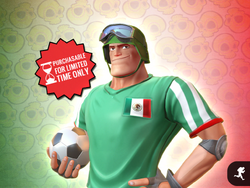 Add a photo to this gallery
Retrieved from "https://respawnables.fandom.com/wiki/Mexican_Fiesta?oldid=310422"
Community content is available under CC-BY-SA unless otherwise noted.