Start a Wiki
Holiday Town was a map made for the Holiday Update both 2013 and 2014 where it featured a few Christmas additions such as decorations, snowmen, Christmas lights, and a crashed Santa's sleigh. A snowman from this map was put into the map Nocturnal Snowfall.

This map's strategy is the same as Snow Village's and Nocturnal Snowfall's. So check the map Snow Village for the strategy for these three maps. 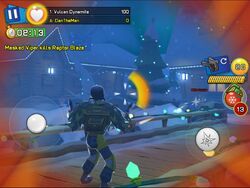 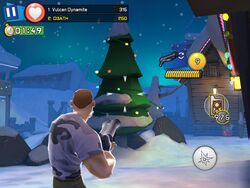 Christmas Tree In Holiday Town
Add a photo to this gallery
Retrieved from "https://respawnables.fandom.com/wiki/Holiday_Town?oldid=300131"
Community content is available under CC-BY-SA unless otherwise noted.