The Halloween Update 2014 is a new update aired on the 16th of October 2014. It brought new equipment and a bundle, which is the Shadow Hunter Pack and the Vampire Hunter Gear also made a return but was renamed to Warlock Gear. The Bio Hazard bundle was also renamed to Monster Gear. The Spookytown, Halloween Grenades and Explosive Candies also made a comeback this year. The Monster Mash event is already EXPIRED.

Let’s do the Monster Mash!  As the scariest night of the year approaches, creepy creatures come out and play.  Monsters chase Warlocks, Warlocks go for Monsters and Shadow Hunters get to hunt them all! Check out the exclusive Halloween content and dress up to collect all Monster Mash event prizes for free!

Spookytown is back:  Sandtown got haunted with seasonal props, lightning and music.

Scary Gadgets: Because candy and pumpkins are in, Halloween Grenades and Explosive Candy are back!

Creepy creature’s costume heads:  The Warlock Hat and the Monster Helmet will get you started in the Mash.

Shadow Hunter Pack Bundle: Become the strongest creature of them all with this pack that includes the complete Shadow Hunter Set and Darkness Combo Guns.

Remember, all the items you get during the event are yours to keep forever!

--- Thank you all for your feedback, new updates coming soon! --- 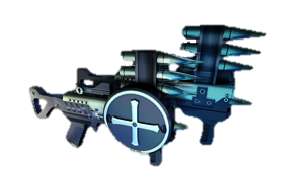 Add a photo to this gallery
The Respawnables Facebook PhotosEdit 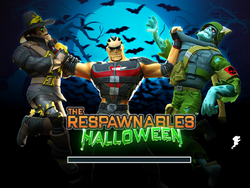 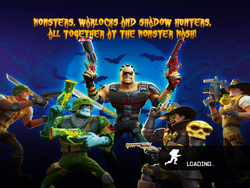 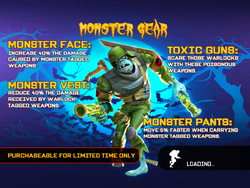 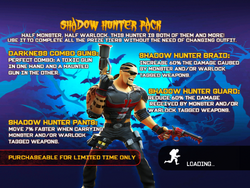 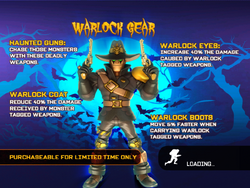 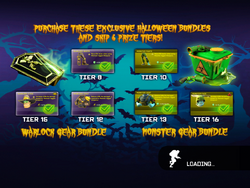 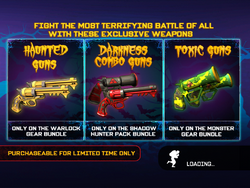 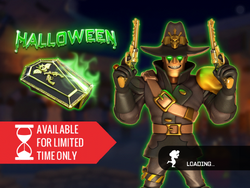 Add a photo to this gallery
Retrieved from "https://respawnables.fandom.com/wiki/Halloween_Update_2014?oldid=197184"
Community content is available under CC-BY-SA unless otherwise noted.