As to the first event, the main task on this event is to collect as much

points from the Nian Beasts, which sometimes spawn when a player is killed, as possible in order to win the tier prizes and progress in the event. Explosive weapons and gadgets do more damage to the Nian Beasts and, thus, collecting

Explosive weapons deal 40% more Damage while explosive gadgets do 60% more Damage to the 3 different Nian enemies. This section will show statistical information showing the amount of Fortune Points you get with each weapon.

Note: MOST of the time, the Great Nian was attacked. But attacking other Nian beasts may give other results. 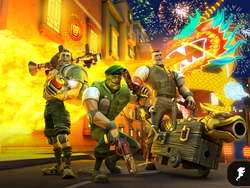 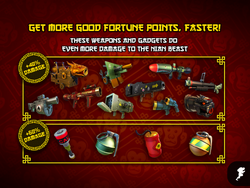 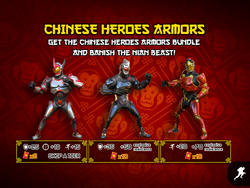 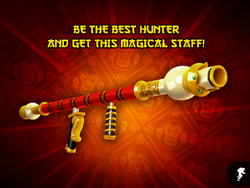 Add a photo to this gallery
Retrieved from "https://respawnables.fandom.com/wiki/Chinese_New_Year_2?oldid=310461"
Community content is available under CC-BY-SA unless otherwise noted.