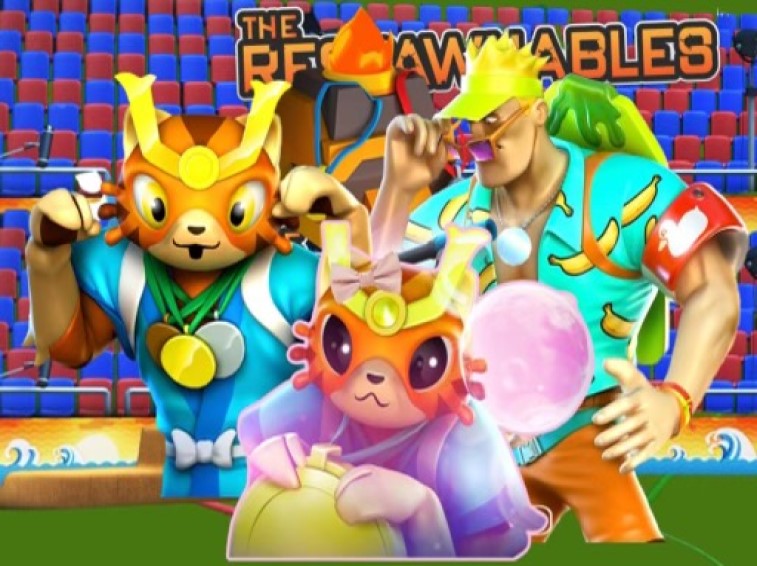 Mine is trapped in an ipad2, was good while it lasted.

A reply to Spooky Rish
0

It's not a matter of objectivity, there's no activity anymore. Wiki used to be active, now it's dead.

A reply to Spooky Rish
0

The wiki doesn't look dead — it's decomposing as we speak.

Game is in the mud, return on your own discretion.

Do I not get how the new forums work or are there literally no threads being created?

Its stupid so many have been around for longer than a year.

Hackers that take no damage and hackers with stupidly fast speed and fire rate, why isn't DLE banning these people?

Just used the anti-material with its new skin and the auto-aim felt more present if that makes sense. Was this a buff or is it just me?

i think it's random

Can anyone link their email adress if they can?

A reply to TheRealLGH
0
PyroNecro wrote:
How fo you know there is about 2000 players?!?

Since when does DLE listen to its community? An unecessary stupid MiB Cricket nerf when it was fine imo and a Thumper reload time nerf which I don't think anyone even noticed. I'm just glad the game is dead now. Now they're relying on the <2000 players and I don't think there's a chance of anyone new joining and staying. It could happen easily back in the day, one of my friends who had been banned for downloading data of a hacked account with 64k gold and around 2 mil cash started over at the first St Patrick event and almost completed the event, He now has a "decent" account (in quotations because he didn't play that stupid event).

A reply to TheRealLGH
0
III rspn wrote:
TheRealLGH wrote:
I only found it addicting before they oversaturated the game and when paying wouldn't matter if you're good enough. I actually found it less enjoyable and addicting when I paid money for the game.The masteries were just the icing on the cake, somehow they found a way to make the game less skill-based. Ngl though if I had the zombie bull I'd come back and abuse the Raid Hulk Armor + Zombie Bull + Medi-Kit combo.
lets see... i restarted plahying this game about oh... a month ago.

dont come back. its not worth it. ever since i got the thompkin (which i did in about 2 hours after joining the event with about 16 hours left: not a brag, just means everyone got an op weapon), ive been getting smashed to pieces everywhere. none of my "OP" weapons work anymore (aka mk3, aristocrat, to some extent battle/incursion ram), and some weapons are downright unuseable (sadly the silver wolf, rainbows end). and im a damn good player. i was, and still am. considering i was going toe to toe with some zombie bull runner with no masteries on myself.

i havent played again since.

also poison guns can just die... those things are so op. one hit from like across the map and you just watch yourself slowly bleed out. its the most excruciating thing to watch because you can pretty much do nothing about it.

Well that pretty much answers my question. I feel like that event was just a big "f*ck you" to everyone who quit the game and potential newcomers. Poor, poor marketing skills; just draining money from veterans using inflation and manipulative discounts whilst running close to no advertisements (well at least when I was playing). If people like me who have played the game since December 2013 (when they just introduced plasma and SRL and made the max level cap 45 I think) find it bullsh*t then what will new players think of the game? Seriously, how can anyone who's new understand anything about this game? This is just a product of oversaturation, greed and lack of critical thinking. The only thing that can save this game is a sequel. It's just sad, this game had so much potential, in my opinion one of the greatest mobile games during the first Easter event.

I only found it addicting before they oversaturated the game and when paying wouldn't matter if you're good enough. I actually found it less enjoyable and addicting when I paid money for the game.The masteries were just the icing on the cake, somehow they found a way to make the game less skill-based. Ngl though if I had the zombie bull I'd come back and abuse the Raid Hulk Armor + Zombie Bull + Medi-Kit combo.

A reply to TheRealLGH
0
Kudarat wrote:
Then there's the Lucky Last Bullet--Yup! B/c of masteries I pity newbies these days.. What with Legendaries being so hard to get once more, really long way for them to go before they can go on becoming competitive 😂😂😂😂😂

not just noobs, anyone who missed the event, this game is becoming a joke